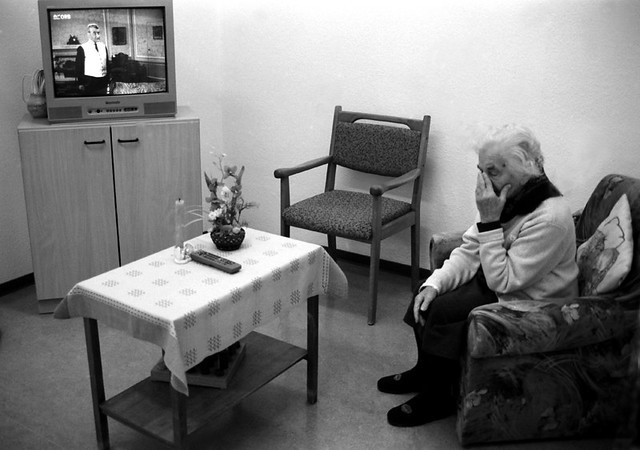 Imagine that your 90-year-old mother was left unattended in a nursing home with a bed sore, acute appendicitis, and a urinary tract infection so severe that it entered her blood stream. Then imagine that you file a lawsuit, but are told you cannot have your day in court because three years ago when your mother was admitted, she signed a contract that had an arbitration clause. You are now forced to handle the matter privately, before an arbitrator that is likely biased towards the nursing home. Confidentiality provisions prevent you from informing the public of what the nursing home did. In a final rule issued on Tuesday, the Centers for Medicare & Medicaid Services (CMS) said that this scenario is fair.

Forced arbitration clauses in nursing homes prevent residents from suing nursing homes in court. Instead, when patients are subjected to mistreatment in the facilities, their only recourse is before private arbitrators whose loyalty more often than not lies with the corporations operating the nursing homes. Arbitration is an obvious benefit for these corporations. Unlike the civil court system, arbitration hearings are held behind closed doors and are typically obscured by confidentiality rules.

In October 2016, the Obama administration banned nursing homes from including arbitration agreements as part of admissions paperwork. However, the ban was never enforced due to challenges in federal court from the nursing home industry. Once President Trump took office, it did not take long for his administration to issue a proposed rule to reverse the ban. That reversal became final on Tuesday.

The Trump administration, which has also reduced the use of penalties against nursing homes that mistreat residents, characterizes arbitration agreements as advantageous to both facilities and patients because it allows for quicker resolution of disputes without the expensive costs of litigation. In actuality, though, the administration is placing the interests of giant corporations above some of the country’s most vulnerable citizens.

CMS’s about-face will likely have harmful impacts on residents, their families, and the greater public. Arbitration, even if not a condition of admission, will fail to hold nursing homes accountable for their wrongdoings given its secretive nature. Arbitrators do not have to issue written decisions, and grounds for appealing the decision are extremely limited. It’s as if the dispute never happened.

Though the final rule imposes conditions on arbitration agreements, residents and families will likely feel compelled to sign anyway. There is a significant power imbalance between the residents and the facilities. The people seeking admission to nursing homes are seriously ill, physically disabled, cognitively impaired, and frequently come straight from the hospital. Admission may be unplanned, exacerbating the pressure to find a facility as quickly as possible. When looking for home care, residents and families are not seriously considering the possibility of one day having to sue the facility for poor care. Even if explained in layman’s terms, arbitration is inherently something people outside of the legal field may not fully understand. Often buried within a pile of paperwork, residents and family members may be willing to sign an arbitration agreement just to ensure that their loved ones receive immediate care.

Unable to care for themselves, residents will feel pressure to relinquish their autonomy to these nursing homes. It should be no surprise, then, that their vulnerability makes them susceptible to a wide range of mistreatment, including physical abuse and neglect, withholding of medication, sexual assault, and death. When a person is harmed, no matter how egregious, they are forced into the shadows of arbitration if they signed the agreement – an agreement entered into without genuine consent. The CMS rule issued on Tuesday will perpetuate a pattern of secrecy among nursing homes. Instances of abuse will not be documented, which will preclude opportunities to address them. This lack of transparency will inevitably continue to undercut the quality of care provided to those in need of the highest standard of care. Rather than offering disadvantaged citizens a modicum of protection, by preserving their constitutional right to access the court system, the Trump administration has decided to bolster the pockets of the multibillion-dollar nursing home industry.