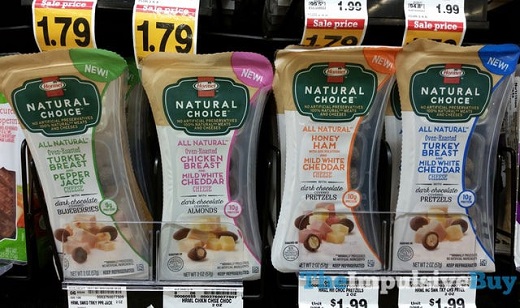 Public Justice just won a critically important victory against court secrecy. The decision in Animal Legal Defense Fund v. Hormel Foods Corporation makes a crucial point: When documents are filed in court, a company can’t keep them secret just because it marked them “confidential.” The company must prove that sealing them is justified. And the legal standard it has to meet is raised to protect the public’s right to know. Instead of showing that there is “good cause” for secrecy, the standard that applies when the parties privately conduct discovery, the company must prove “that interests favoring secrecy outweigh the general and specific interests favoring disclosure.”

ALDF v. Hormel, filed in the District of Columbia Superior Court, charges that Hormel’s “Make the Natural Choice” advertising campaign for its Natural Choice line of turkey, chicken, beef, ham, and bacon products misleads and cheats the public by claiming the products are 100% natural, with zero preservatives and no added nitrates or nitrites, when none of that is true. It asserts that Hormel’s Natural Choice products contain the same factory-farmed meats as its other product lines. It says the animals are raised in entirely unnatural settings; given hormones, antibiotics, and growth enhancers; tortured during slaughter; and generate meat contaminated with fecal matter, hair, nails, and other items.

In the course of litigating the case, Public Justice filed several of the documents produced by Hormel in discovery for consideration by the court. Public Justice wanted the documents made public. Hormel asked the court to permanently seal them. It argued that, “by signing the parties’ proposed protective order [which allowed either party to mark documents confidential] the court found good cause to seal documents designated as confidential by the parties.”

The court disagreed. It said:

First, the court’s decision to sign the protective order proposed by the parties did not imply a finding of good cause to seal every document designated as confidential by the parties. To the contrary, the court simply put in place an agreed-upon system to govern the parties’ handling of documents produced in discovery and identified as confidential by one side or the other. Nothing in the protective order delegated to the parties the court’s obligation to make sealing decisions in accordance with controlling legal standards.

“Second,” the court made clear, “good cause is not the standard by which sealing requests are addressed.” In Mokhiber v. Davis, the D.C Court of Appeals held thirty years ago that, “[i]f discovery material submitted as evidence in connection with court pleadings is to be protected from public view, the party desiring secrecy must rebut the presumptive right of public access.” That decision, the court found, required Hormel to “rebut the presumption by demonstrating that interests favoring secrecy outweigh the general and specific interests favoring disclosure.” It found Hormel had not “made the requisite showing as to any of the documents at issue” and ordered the documents “unsealed and made a part of the public record.”

The court’s decision continues Public Justice’s string of victories overcoming unjustified court secrecy and vindicating the public’s right to know. This includes successful battles to expose the truth about sexual harassment in the trucking industry, defective Goodyear tires killing and injuring people, DirecTV’s efforts to cheat low-wage workers, payday lenders bilking 4.5 million people out of $2 billion, potentially dangerous power systems in millions of Chryslers, and 7.5 million Remington rifles with a defective trigger that can fire when no one pulls it.

Unjustified secrecy injures and kills. We have to stop it. The decision in ALDF v. Hormel is the latest step in that effort.