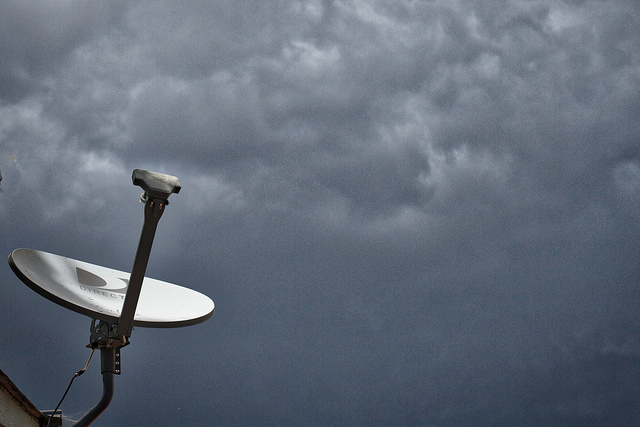 Sometimes the good guys win.  Yesterday was one of those days.

We just blew open sealed court records in a Washington federal court case involving DirecTV, the national cable provider that has become a poster child for consumer ripoffs and worker abuse.  (See my earlier blog about the case for more details.)

In Perez v. Lantern Light LLP, DirecTV was sued by the U.S. Department of Labor for failing to pay overtime wages to its TV installers, in violation of the federal Fair Labor Standards Act (FLSA).  DirecTV had tried to avoid paying overtime wages to its workers by “subcontracting” its installation services to another company, which has since gone bankrupt.

By hiding behind this subcontracting arrangement, DirecTV argued that the TV installers weren’t really DirecTV’s workers, and thus the company didn’t have to comply with the overtime requirements of FLSA.  (Nice, right?)

The federal court ultimately rejected this argument, ruling in favor of the workers. The court held that DirecTV’s “subcontracting” arrangement was a sham, and that it was really a “joint employer” of the TV installers (and thus was required to pay overtime under FLSA).  So far, so good.

But there was a problem. Although the court’s ruling was terrific, most of the actual evidence that showed the details of DirecTV’s subcontracting arrangement was filed under seal, which meant that it was under lock and key in the court’s file and couldn’t be viewed by the public.

This was a big hitch. DirecTV is a national company, and in order for workers in other states to achieve the protections they are due under FLSA, they need to know the details about the company’s wrongdoing.  Those details were unearthed in this case, but then they were locked back up again in the court’s file, rendering them useless to other workers.

The sealing of the records could also make it much more difficult for workers in other, similar industries to hold their employers accountable.  And, of course, secrecy prevents the press and members of the public from learning the full extent of DirecTV’s wrongdoing.

That’s why Public Justice filed motions to intervene and to unseal the records on behalf of a public interest organization — the Washington Wage Claim Project — that fights to protect the rights of low wage workers from wage and hour violations. We asked the court to unseal the records and expose the full evidence of DirecTV’s wrongdoing to the light of day.

In a detailed, careful ruling, the court emphasized that “there is a strong presumption of public access to [court] files.” The court held that judicial records may not be sealed absent a demonstration of “compelling reasons” for secrecy.

The court went on to reject all DirecTV’s arguments as to why the documents should remain sealed, faulting the company for its failure “to state a particularized harm” that would result from disclosure.  Instead, DirecTV simply asserted, without any real proof, that unsealing the details of its subcontracting arrangements would put it at a competitive disadvantage.  This type of conclusory showing, the court ruled, is insufficient to overcome the public’s presumptive right of access.

We could not agree more.  DirecTV did not even come close to justifying the secrecy in this case.  All it offered were conclusory assertions and naked arguments that unsealing the records would cause it competitive harm. The court saw right through these arguments.

We are thrilled about this result — it is both a great victory for workers and for transparency in the courts.  Congratulations are due to Beth Terrell and Brittany Madderra of the Terrell Marshall Law Group PLLC, who worked with us on the case. We couldn’t have done it without them.

Public Justice has fought unnecessary secrecy in the courts every since we first opened our doors 35 years ago. We do this work because unwarranted secrecy in the courts undermines the public’s faith in the civil justice system and allows private litigants to highjack the court system for their own ends.

The courts are created by the people, for the people. Secrecy perverts the system, and allows a public forum to become a tool for keeping wrongdoing secret. We are dedicated to keeping our courts open and to ensuring that corporate and governmental wrongdoing is exposed to the light of day. Yesterday, things got a little brighter.