How Did DirecTV Plot to Cheat Low-Wage Workers? We Want to Know.

How Did DirecTV Plot to Cheat Low-Wage Workers? We Want to Know. 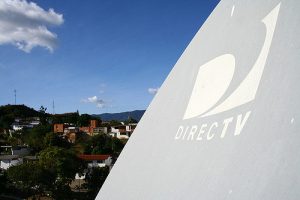 Get this:  The federal minimum wage is shamefully low, yet Corporate America is working hard to pay its workers even less than the minimum they are entitled to under the law.

According to a Pew Commission study, the federal minimum wage law has remained at $7.25 an hour since 2009, an amount that will barely get you breakfast at McDonald’s, let alone allow you to take care of a family. And although organized labor and anti-poverty groups continue to push for an increase to $15 per hour—an idea supported by 52% of Americans—the odds of that happening are less than zero now that Congress is in the hands of the most corporate-friendly lawmakers in decades.

And to make matters even worse for millions of workers already struggling to survive on the minimum wage, many large companies don’t even pay their employees the paltry minimum required by federal law.

Corporations have a bunch of dirty strategies when it comes to ripping off their low wage workers.  One increasingly popular tactic is to outsource low wage jobs to subcontractors, which in turn compete with each other to secure contracts by offering the lowest bid.

In order to survive, let alone make a profit, such contractors push wages as low as possible, often below the threshold required by minimum wage law.  With a vast unskilled work force desperate to work for whatever they can get, downstream contractors are often willing to violate the law because they have relatively little to lose and can simply abandon the business when their practices come to light.

And the big companies that outsource the labor in the first place can avoid responsibility by saying “hey—those weren’t our workers, so it’s not our fault they were underpaid”—even though, in reality, the big companies effectively control the subcontractors’ operations and profit from their workers’ (underpaid) labor.

Which brings us to the matter at hand.  That’s exactly what DirecTV LLC argued when it was sued by the U.S. Department of Labor (in a case called Perez v. Lantern Light LLP, filed in Washington federal court) for failing to pay overtime wages to its television installers, in violation of the Fair Labor Standards Act of 1938 (“FLSA”).

DirecTV, a national provider of cable and satellite TV services, is a notoriously bad actor. Not only has it been a poster child for mandatory arbitration abuse, it has also sued by a host of states, the U.S. Federal Trade Commission, and lots of others for misleading consumers in all kinds of ways.

Turns out that DirecTV also mistreats its workers.  In the Perez case, in keeping with the pernicious strategy described above, DirecTV had subcontracted all of its installation services to another company, Lantern Light Corp., also known as Advanced Information Systems (“AIS”), which has since gone bankrupt.

The AIS installers were paid biweekly for completed work orders as “piecework,” which resulted in them being paid far less than the minimum wage they would be entitled to under FLSA.  And, even though the AIS installers were scheduled for 10-hour shifts and six-day work weeks, they were never paid any overtime, also a violation of federal law.

As it turned out (surprise, surprise), this subcontracting arrangement was really just a sham, because AIS’s installers were really controlled by DirecTV.  The U.S. Department of Labor asked for a legal ruling on this issue, and, in a ruling issued in May 2015, the federal judge in Perez found that DirecTV was a “joint employer” of the installers and thus could be held liable for violating the federal overtime law.  In the wake of that decision, DirecTV settled the case and DirecTV agreed to start playing by the rules.

Sounds good, right?  Not so fast.  Although we applaud the court’s ruling on the joint-employer issue, most of the evidence that it was based on is under seal and can’t be viewed by the public.

Yes, you read that right.  Because the exhibits to the parties’ summary judgment pleadings were filed under seal, the details of DirecTV’s subcontracting scheme with AIS are still secret.  That evidence is in the court files, but can’t be seen by anyone except the court and the parties to the case.

That’s a big problem, because in order for workers to achieve the protections they are due under the law, it is crucial that litigation on their behalf not be shielded from public view. The sealing of the records in this case may make it much more difficult for other victims to hold DirecTV, and other companies in similar industries, accountable.  And it may allow DirecTV to continue its bad practices unabated elsewhere.   And, of course, it keeps the press and members of the public from learning the full extent of DirecTV’s wrongdoing.

That’s why Public Justice just filed motions to intervene and to unseal the records on behalf of a public interest organization—the Washington Wage Claim Project—that fights to protect the rights of low wage workers from wage and hour violations. We and the WWCP are asking the court to unseal the records and expose the full evidence of DirecTV’s wrongdoing to the light of day.  We’re also proud to be working with Beth Terrell and Brittany Madderra of Terrell Marshall Law Group on this challenge.

Not only is this case important for all the reasons stated above, but unwarranted secrecy in the courts undermines the public’s faith in the civil justice system and allows private litigants to highjack the court system for their own ends.  The courts are created by the people, for the people.  Secrecy perverts the system, and allows a public forum to become a tool for keeping wrongdoing secret.

We at Public Justice are fighting to keep that from happening.  We have challenged DirecTV to explain why its compelling need for secrecy outweighs the public’s presumptive right of access to court records—a right that is protected by both the common law and the First Amendment.  Our bet is that DirecTV won’t be able to make any such showing and that these records will soon be open to the public.

The only reason these documents were sealed is because they contain information that was marked “confidential” by DirecTV during discovery under a stipulated protective order.  No court has ever reviewed the documents to determine whether disclosure would harm DirecTV in any serious way.  And no court has ever made any finding that DirecTV’s need for secrecy outweighs the public’s powerful right of access to court records.

Once DirecTV is put to its proof, we suspect its secrecy arguments will fold just like a house of cards.  And if knowledge is indeed power, this outcome will give workers a little more much-needed ammunition in the ongoing fight for justice.