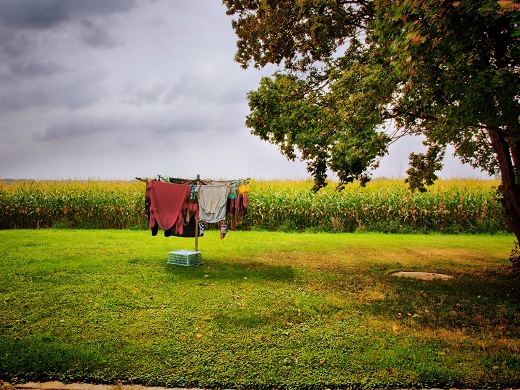 “[We] cannot say that Roundup does not cause cancer [because] we have not done carcinogenicity studies with Roundup.”

That’s what Monsanto toxicologist and chief glyphosate spokesperson Donna Farmer said in 2009 about the risks of Roundup, Monsanto’s best-selling weedkiller.

Six years later 70-year-old Edwin Hardeman was diagnosed with Non-Hodgkin’s Lymphoma, a type of cancer, after decades of exposure to Roundup. (He used it to fight poison oak and weeds on his personal property.)

The award included $75 million in punitive damages, reflecting Monsanto’s despicable conduct in refusing to test Roundup and in waging a decade’s-long campaign to manipulate the science and hide the risks of its deadly product from regulators and the public. (The court later reduced that award to $20 million on constitutional grounds—a decision Hardeman is appealing.)

The verdict made national headlines. As the New York Times put it, the decision was a “milestone in the continuing public debate over the health effects of Roundup and its active ingredient, glyphosate, the world’s most widely used weedkiller. Monsanto is currently defending itself against thousands of similar claims.”

In a post-trial ruling, U.S. District Court Judge Vince Chhabria wrote that “the evidence easily supported a conclusion that Monsanto was more concerned with tamping down safety inquiries and manipulating public opinion than it was with ensuring that its product was safe.” As the court put it, “the evidence at trial painted the picture of a company focused on attacking or undermining people who raised concerns, to the exclusion of being an objective arbiter of Roundup’s safety.”

Monsanto is now trying to upend Hardeman’s verdict in an appeal to the Ninth Circuit, where it is arguing that Roundup is perfectly safe—even though it still hasn’t tested its product, despite knowing full well that it poses a serious risk to human health.

If successful, Monsanto’s appeal could immunize the company from any future liability for injuries caused by Roundup, which is still on the market, and sales of which make up almost 50% of the company’s net worth.

The appeal presents one of the hottest legal issues of the day: whether EPA’s approval of glyphosate (Roundup’s active ingredient), and the agency’s industry-influenced (and highly dubious) position that glyphosate does not cause cancer, wipes out a personal-injury victim’s right to recover damages from a wrongdoing corporation. Whatever the Court rules could affect thousands of personal-injury victims in the years to come.

We are fighting back. Public Justice has joined the remarkable team of lawyers who won Hardeman’s jury verdict in defending his case on appeal. We just filed our opening brief with the Ninth Circuit, arguing that the Court should reject Monsanto’s argument and allow the jury’s $80 million verdict to stand.

Our brief emphasizes that EPA’s approval of glyphosate doesn’t amount to a hill of beans with regard to Roundup, which Monsanto has never tested, EPA has never studied, and which Hardeman proved at trial is 10 to 100 times more carcinogenic than glyphosate alone.

Upholding the jury’s verdict is crucially important because Roundup has long been Monsanto’s number-one-selling product in the world, and remains on the market today. (Monsanto was recently bought by Bayer, despite Monsanto’s legal troubles.)

The jury sent Monsanto and the world a powerful message when it punished Monsanto for failing to warn of the risks of its product. If that verdict is overturned, Monsanto and its corporate parent Bayer will see it as a green light to continue business-as-usual when it comes to Roundup.

We can’t let that happen. Even though the world is in a moment of chaos, we’re going to keep fighting to ensure that the Ed Hardemans of the world can hold the powerful accountable in court—and hopefully help make the world just a little bit safer.

Ed Hardeman’s trial team included Aimee Wagstaff and David Wool of Andrus Wagstaff and Jennifer Moore of Moore Law Group. I (Public Justice Senior Attorney Leslie Brueckner) worked alongside them on the appeal. Public Justice Senior Attorney Leah Nicholls, and Leland H. Belew of Andrus Anderson LLP also assisted on the brief. We are honored to join in this important appeal, which could affect the rights of tens of thousands of Roundup victims who are waiting in the wings to get some justice from Monsanto.

Public Justice’s involvement in this case is part of our ongoing effort to stop wrongdoing corporations like Monsanto from blocking victims’ access to justice. Public Justice has spent over 35 years fighting to keep the courthouse doors open to victims of corporate greed and malfeasance. And we’ve only just gotten started.