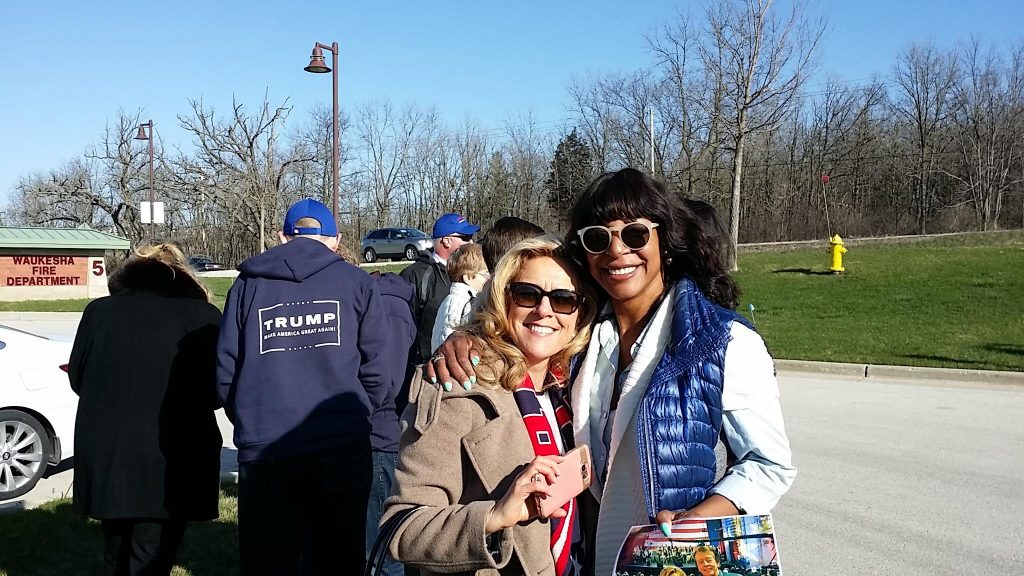 The use of non-disclosure agreements and arbitration clauses by high-profile figures to hide their worst behavior isn’t anything new: The actor Charlie Sheen required them from women he slept with.

FOX News used them to try and silence Gretchen Carlson and other on-air personalities who came forward to report sexual harassment in the newsroom. And Harvey Weinstein employed them in his attempts to silence the women he harassed, assaulted and intimidated for years.

And now we know the President of the United States himself used those same types of clauses in his campaign for the White House. Through his NDA, and the forced arbitration clause in it, he seeks to make it impossible for anyone who was in his orbit to ever speak of anything unfavorable they witnessed, knew or experienced. If his NDA document stands up (a big “if,” because it is drafted in an exceptionally poor way, very likely rendering it illegal and unenforceable), it would eliminate the ability of former employees to speak freely about matters of intense public concern (and potentially, about illegal acts), and strike a blow not only to transparency in our political process, but also against the ability of campaign workers to hold abusive colleagues – including the President himself – accountable if they experience discrimination and harassment on the job.

Earlier this week, Public Justice partnered with our friends at the law firms of Tycko & Zavareei LLP and Varnell & Warwick to take on Trump’s secrecy agreements and help Alva Johnson – a Trump campaign employee who helped organize some of the President’s most significant campaign events – find justice for her and other campaign workers.

Like nearly everyone who worked for the campaign – and apparently this practice has also continued for persons who currently work for the Administration – Ms. Johnson was required to sign a non-disclosure agreement, including an arbitration clause, to get her job. The NDA was aimed at keeping her silent and denying her any possibility of bringing any case against the President or the campaign to court. The President’s former lawyer, Michael Cohen, acknowledged as much in his House testimony on February 27th, in response  to a question from Rep. Krishnamoorthi.

The agreements, which have been widely reported in the press and widely challenged by former Trump employees, were designed to cloak the President’s behavior, and the rampant discrimination within his campaign, in secrecy and to ensure they could never be aired in a court of law.

But Ms. Johnson, who has come forward to expose an incident in which then-candidate Trump forcibly kissed her and to challenge wage discrimination on behalf herself and other black and female campaign staff, explained to the New Yorker’s Ronan Farrow that she believes some behaviors must never be covered up.

“I am suing because my work holds the same value as the work of my white male counterparts,” Ms. Johnson told Farrow. “I am suing because this predatory behavior should not be minimized, especially when committed by the most powerful man in the world.”

We agree. And we’re proud to stand with her as she fights for justice. Indeed, her case is another example of the abuse of forced arbitration clauses, an issue we at Public Justice have been fighting for decades, and her secrecy agreement is reminiscent of those we have fought – and defeated – time and time again, including victories we’re proud to have won against secrecy provisions included as part of arbitration clauses:

Perhaps most egregious is the undeniable one-sidedness of the agreement Ms. Johnson was forced to sign. For example, the document provides that Trump and his campaign have the option of either going to court if they want to sue their employees, or of going to arbitration, if they think that’s better for  them. But it flatly requires the employee to always take any claim to arbitration.  (Apparently the campaigns lawyers didn’t do much legal research; dozens of courts throughout the country have been clear for decades that such a one-sided approach is unconscionable and unenforceable.) We’ve handled a number of these cases ourselves. In one Public Justice case on behalf of a borrower who challenged a predatory lender’s one-sided contract in court, the arbitration provision was overturned after a state Supreme Court found that it was a license to harass and intimidate customers and that it was “so unfairly and unreasonably one-sided that it [was] substantively unconscionable.”

Secondly, the agreement is extraordinarily vague, to the point of unenforceability. A basic rule is that NDAs must be narrowly tailored to protect legitimate business interests. The Trump Campaign NDA, however, uses very vague and sweeping terms that would appear to prevent employees from publicly speaking about illegal conduct (which is not a permissible use of an NDA) …. but in reality it is hard to tell what it covers. In keeping with the one-sided theme addressed just above, the Trump NDA also essentially allows Trump himself to solely determine what is confidential (saying that information will be deemed as such when “Mr. Trump insists” it must be, without providing any further definition). In other words, an employee could speak about matters of public concern which are obviously not business secrets or a legitimate business interest, and if Trump later decides that he considers this statement “confidential,” the NDA purports to make that legitimate speech retroactively prohibited.

George Orwell might have been impressed, but this is not something allowed in the American legal system.

Additionally, the non-disclosure “agreement” is a misnomer because no agreement was actually formed. It’s really an NDD – a Non-Disclosure Document – not an agreement.  That’s because, on its face, it specifies how it’s supposed to be turned into an agreement: both parties are supposed to sign it.  And indeed the Trump Campaign drafted it with signature lines for both sides. But the campaign failed to follow its own procedure, and no one on the Trump campaign ever counter-signed Ms. Johnson’s agreement. So while she was unable to work or collect a paycheck until she provided her signature, no campaign official ever did the same. This is yet another failure courts have struck down many times over the years. We defended a ruling refusing to enforce the arbitration clause in a similar situation – against a car dealership that also failed to counter-sign an arbitration provision – and the court ultimately agreed, holding there was no agreement and finding that both parties must sign off on its language before either party could be held to the terms of the contract.

And though Ms. Johnson lives in, and is a resident of, Alabama, her agreement states that any claims brought against the President or the campaign must be arbitrated in New York. But in a case Public Justice brought against a debt settlement companyin 2013 – on behalf of a California resident who was required to arbitrate her case in Oklahoma – the court ruled the clause was unconscionable and, therefore, unenforceable. Similarly, in our case on behalf of a California franchisee who was being told she must arbitrate her case against the parent company of her franchise in Massachusetts, an 8-judge majority ruled that such a provision was unfair. Arbitration clauses that require an individual employee or consumer to arbitrate long distances from where they live have been held illegal by more than a dozen courts over a period of more than two decades, but the Trump campaign still demanded that its employees sign a document that flies right in the face of that case law.

Above and beyond just Public Justice’s cases noted above, however, courts have also found Trump’s arbitration clause unenforceable because– like Alva Johnson’s – the arbitration agreement refer only to disputes about the document itself,and not to disputes, as in this case, that pertain to issues (like wage discrimination and sexual harassment) related to employment with Trump’s campaign.

For all of these reasons, we believe the court should throw out the Trump campaign’s Non-Disclosure Document, and its forced arbitration clause, and give Ms. Johnson get her day in court. And the seriousness of her case – alleging both sexual misconduct and widespread wage discrimination against female employees – demands that it be heard in a court of law, and not in a secretive arbitration proceeding where the evidence and detail presented may never be made available to other campaign employees who may have similar disputes that should be also be heard.

As the New Yorker reported on Monday, “…  Johnson’s case, and the broader pattern of high-profile legal skirmishes over Trump’s use of nondisclosure agreements, could produce significant legal rulings and affect the President’s ability to enforce the contracts.”

We’re proud on to be on the frontlines with Ms. Johnson, Tycko & Zavareei and Varnell & Warwick, fighting to ensure that is the case. Because access to justice is never a partisan fight … and because the heart of our mission has always been to help those who have been wronged fight against the powerful, no matter who the powerful are or just how powerful they think they might be.