Protecting Consumers from the Fine Print 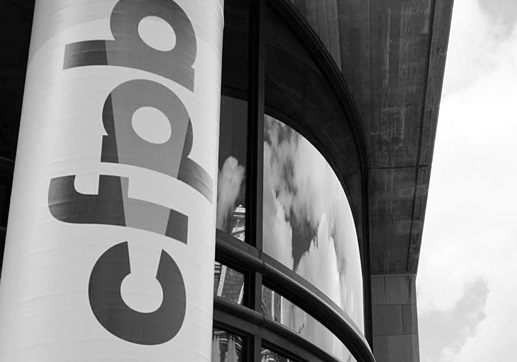 Protecting Consumers from the Fine Print

With big banks making millions in profits while wages stagnate and the wealth gap continues to widen, many Americans feel that the system is rigged and that no one is looking out for their interests. But everyday Americans do have someone in their corner when it comes to leveling the playing field with Wall Street corporations: the Consumer Financial Protection Bureau.

Congress created the CFPB in the Dodd-Frank Wall Street Reform and Consumer Protection Act of 2010, in response to the predatory lending and corporate overreaching that led to the financial crisis of 2008. The CFPB has the power to enforce existing laws and force banks and lenders to return money to consumers and to pay penalties when they break the law, and it also has the power to impose new rules to make the markets for consumer financial products safer, fairer and more transparent.

In its first five years of existence, the CFPB has already obtained $11.7 billion in relief for more than 27 million harmed consumers. It has also processed nearly a million consumer complaints, many of which are publicly available on its consumer complaint database.

The CFPB was also ordered by Congress in the Dodd-Frank Act to study mandatory pre-dispute arbitration provisions in contracts between consumers and financial services companies and to impose new regulations on forced arbitration provisions if the results of the study showed that such rules would be “in the public interest and for the protection of consumers.” The CFPB published the results of its three-year study of arbitration in March of 2015.

The study found that provisions requiring consumers to bring any future disputes in arbitration and preventing them from going to court were widespread in the financial markets, being found in around half of credit card and checking account agreements and 90% of pre-paid card and payday loan agreements. Despite the prevalence of these provisions, very few consumers actually brought claims in arbitration (only around 410 per year with the company that handles the vast majority of consumer finance arbitrations) compared to nearly 3500 individual cases and 562 class actions filed in court during the same time period. And of all the dispute resolution mechanisms studied, the CFPB found that class actions brought consumers by far the most relief: a total of $2.7 billion over the five-year period studied, including cash payments to 34 million different consumers.

Based on these results, the CFPB published a proposed rule in May of 2016 limiting how banks and other financial companies can use pre-dispute arbitration provisions to block consumers from exercising their rights. Once this rule goes into effect, corporations can no longer rely on the arbitration provisions in consumer contracts to prevent those consumers from banding together in a class action. The rule is broad in scope, protecting consumers’ rights to file their own class actions and to join class actions filed by others. It also applies to contracts between the consumer and the corporation targeted in the class action as well as contracts the consumer entered into with others previously. For example, if a collection agency breaks the law in the process of trying to collect medical debt, the collector would not be able to rely on an arbitration provision between the consumer and the doctor or hospital to avoid class action liability.

Public Justice’s Executive Director, Paul Bland, testified in favor of the rule during the CFPB’s announcement in May in New Mexico. But our support hasn’t stopped there.

Last Monday, Public Justice also filed detailed comments on the CFPB’s proposed rule. Our comments explain why we support the CFPB’s objective of restoring consumers’ ability to join together in class actions: because when banks harm many consumers with the same small overcharges or hidden fees, the individual consumers being “nickel and dimed” in this way will not sue on their own but the banks can still pull in millions of dollars in illegal profits. Only by joining their small claims together in class actions can consumers hold large corporations accountable on the sort of scale that commands their attention.

We point out in our comments that class actions also have strong deterrent and behavior-changing effects that can’t be easily quantified: banks and lenders are often required to end predatory and illegal policies as a condition of settling the action, and the specter of class action liability can cause corporations to put more resources into proactive compliance efforts. Preserving the option of class actions in court is also consistent with what most consumers want, as the results from a survey by the Pew Charitable Trusts found that around 90% of consumers, including 93% of Republicans, wanted to be able to join a class action filed in court against their bank.

But Public Justice also recommended several areas in which the CFPB could, and should, go further with its final rule. For one thing, we believe that the rule should apply when financial service companies make major revisions to existing contracts with consumers, such as changing the interest rate or imposing a new fee, whereas the CFPB’s proposal would only cover new contracts or situations in which one company takes over a contract from another company. We also think that some of the notices that the CFPB would have covered corporations send to their customers explaining their rights under the rule should be changed to avoid potential confusion, particularly in the situation where customers have more than one financial service or product with the same corporation.

Public Justice has a long history of fighting against abuses involving forced arbitration in the consumer finance sector and elsewhere. We submitted comments back in 2012 in response to the CFPB’s request for information on the scope of the study, and in addition to his testimony earlier this year, our executive director was also one of the witnesses who testified at the field hearing in Newark, New Jersey in March of 2015 when the results of the initial study were released.

While Public Justice has been leading on this issue for some time, we have certainly not been alone. A coalition of over 280 consumer, civil rights, small business, labor and nonprofit organizations, led by Americans for Financial Reform and Public Citizen, submitted a joint letter in support of the CFPB’s proposed rule, as did over 100 members of Congress in separate Senate and House letters, attorneys general from 18 states and a group of over 200 law professors. More than 100,000 individual consumers also voiced their support for the rule by signing petitions or filing their own comments.

Of course, corporations want to keep the status quo, where they can break the law with impunity and use arbitration provisions as a shield to stop any consumers who learn about their misconduct from banding together to call them on it. So payday lenders, credit card companies and their lobbyists, like the U.S. Chamber of Commerce, are pulling out all the stops to criticize the CFPB and its proposed rule. They argue that the CFPB left out certain benefits of arbitration and overstated the benefits of class action in its study and that the proposed rule won’t actually help consumers. But the CFPB has fought tirelessly for consumers in the five years since Congress created it to rein in Wall Street excesses and make financial markets fairer. And as the depth and breadth of support for the CFPB’s proposed rule on arbitration shows, consumers know who their real friends are. Public Justice intends to continue advocating for the strongest possible final rule on arbitration, and getting the CFPB’s back when it is unjustly attacked, so that the CFPB can continue getting the backs of millions of American consumers.