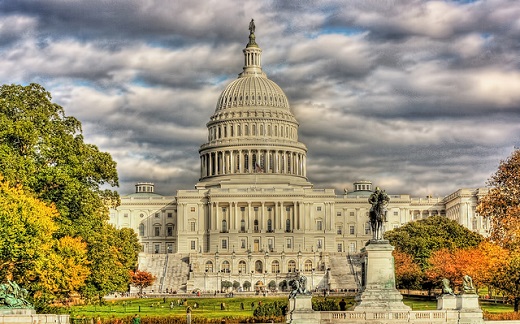 What Leo Tolstoy said in Anna Karenina about unhappy families could also be said about consumer transactions or employment relationships that turn sour: each one “is unhappy in its own way.” For some types of disputes, a worker or consumer may want a public reckoning in court; in other situations, a private resolution behind closed doors may be better for all involved. Americans from across the political spectrum may not agree on much these days, but 87% of Republicans and 83% of Democrats agree that when it comes to court vs. arbitration, they should have the choice to resolve disputes in the way that best fits their needs.

But every day that choice is being taken away from us when we “agree” to online Terms of Service or buy products with manuals that tell us, often several pages into a dense thicket of legalese, that by subscribing to the service or purchasing and using the product, we’ve given up our right to go to court and must handle any future disputes in private arbitration. If we don’t like it, we’re told, we can do business elsewhere—except that most market competitors probably have similar terms, given their prevalence among America’s largest corporations.

Choices are increasingly drying up for workers too. A study published by the Economic Policy Institute in April 2018 found that over 60 million American workers were prevented from taking their employers to court, and 24.7 million workers were also barred from joining with their colleagues to pursue systemic discrimination or wage theft through a class action. The study also found that forced arbitration provisions were more widespread in low-wage industries and in industries where women and Black people make up a large percentage of the workforce.

But Congress can reverse this attack on our liberty by passing the FAIR (Forced Arbitration Injustice Repeal) Act, a bill that passed the House in 2019 but did not come up for a vote in the Senate during the 116th Congress. The FAIR Act is set to be reintroduced later this week in conjunction with a hearing before the House Judiciary Committee. The bill would make it illegal for corporations to force civil rights,  employment, antitrust and consumer disputes into arbitration (depriving individuals and small businesses of the right to pursue such disputes in court) before a dispute has even arisen.

The need for the FAIR Act is greater now than ever. The Supreme Court ruled in 2018 that employers can require, as a condition of getting or keeping a job, that workers give up their right to go to court and to pursue disputes jointly with coworkers. (In another recent Supreme Court case, Public Justice was able to preserve access to the courts for truck drivers whose wages were being stolen from them by their employer, but unfortunately because of the way the law is written, this victory only applies to transportation workers.)

With a green light from the Supreme Court to impose take-it-or-leave-it arbitration clauses in many settings, corporations are getting increasingly aggressive in their tactics for obtaining their customers’ and employees’ “agreement.” For example, when The Container Store began reopening its retail locations last summer following coronavirus-related lockdowns, furloughed workers received letters in the mail saying that if they wanted their jobs back, they would have to sign a new arbitration “agreement” that would prevent them from taking their employer to court for any dispute—including disputes related to unsafe working conditions. Desperate for the income, many felt they had no choice but to sign, despite their fear of the rights they were giving up.

And arbitration clauses don’t just close off options for pursuing future disputes. In June 2019, several parents filed a class action lawsuit over myschoolbucks.com, a payment system used by over 30,000 schools around the country for parents to pay for school lunches and after-school programs. The suit alleged that Heartland Payment Systems, which manages MySchoolBucks, charged illegal fees and lied to parents that the fees were being charged by schools when they were in fact being charged by Heartland itself.

Heartland responded to the lawsuit by changing its online Terms of Service to add an arbitration clause and class action ban for the first time. If parents wanted to pay for any more school lunches for their kids, or even remove their funds from their MySchoolBucks accounts so they wouldn’t have to do business with Heartland anymore, they would be “agreeing” to the new Terms of Service, which would apply retroactively and mean they couldn’t participate in the lawsuit that had just been filed against Heartland. The plaintiffs in the class action cried foul, arguing this was a misuse of arbitration, but in May 2020 a federal judge sided with Heartland, allowing the retroactive arbitration clause to bar people from joining a class action that had already been filed.

Courts are also allowing corporations to impose arbitration and class action bans on users of products even where everyone agrees that the people using those products never knew about those terms. Tamko Building Products manufactures roofing shingles that have been repeatedly found defective in that they disintegrate and fall off roofs years before their marketing materials say they should need to be replaced. Several people in different states who have had Tamko shingles installed on their roofs have tried to file class action lawsuits about these defective shingles, seeking the costs associated with prematurely replacing them.

But Tamko has pointed to a class action ban and arbitration “agreement” that is printed on the outside of the shingles’ packaging. When the homeowners have argued in court that they never saw the shingles in their packaging because they hired roofers to install the shingles for them, Tamko has responded that by hiring the roofers, the plaintiffs had authorized those roofers to enter into legal contracts on their behalf, much as someone suffering from dementia might sign a power of attorney allowing a trusted family member to handle their legal affairs. And multiple courts around the country have accepted Tamko’s argument, ruling that construction contractors can give away the legal rights of the people who hire them, simply by unwrapping construction materials and installing them on someone’s home.

And even when you explicitly and repeatedly say no to an arbitration provision, sometimes that isn’t enough. Erica Diaz was given a new arbitration agreement to sign when she was already working at Sohnen Enterprises, and she told human resources that she did not want to sign it. She later sent a letter through her attorney informing the employer that she rejected the arbitration agreement but wished to continue working under the terms in place before the new arbitration policy was introduced. Sohnen allowed her to keep working, but when Ms. Diaz filed a lawsuit in court regarding sexual harassment she had experienced while working for Sohnen, the company invoked the same arbitration agreement she had twice refused to sign. A trial court initially ruled in Ms. Diaz’s favor, but in April of 2019 the decision was reversed on appeal. The appellate court concluded that by continuing to work for Sohnen, Ms. Diaz had accepted the terms of the new arbitration agreement, even though she had stated both verbally and in writing that she did not accept them.

Congress can put an end to these strong-arm tactics once and for all by passing the FAIR Act. Call your members of Congress and Senators today to find out if they support this important legislation, and encourage them to support it if they’re not yet a cosponsor and to make its passage a priority if they already are. Tell them that corporations have been bullying us with their fine print long enough, and we want our choices back!